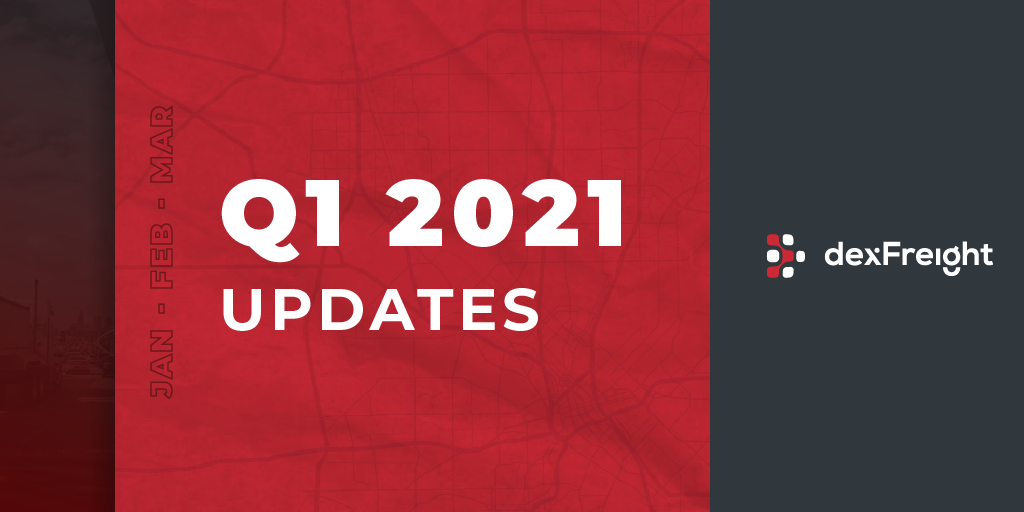 As we close this first quarter of the year, we are enthusiastic about dexFreight’s growth and progress regarding adoption, community engagement, and new technological developments.

Inzone Logistics joined the dexFreight earlier this year and soon became one of the most active carriers in the network. For over 30 years, Inzone Logistics has provided last-mile services for port-intermodal, LTL, FTL, temp-controlled, flatbeds, and expedited loads. The company now employs over 800 drivers.

dexFreight, along with its co-founder, Hector Hernandez, was nominated as ‘Project Inspiration’ during the first edition of the Blockchain Awards Latin America, organized by Blockchain Academy Mexico. The nominated category recognized different projects seeking to evolve and add value to the blockchain ecosystem.

Cryptocurrencies A Transforming Agent for Society

dexFreight participated in the International Week 2021. The event hosted by top Colombian Universities sought to educate attendees about community transformation, international trading, and new technologies. The discussion panel included the participation of blockchain leaders in Latin America, including Diego Gutierrez, CEO at IOVLabs (RSK, RIF, and Taringa), Guillermo Torrealba, CEO at Buda.com, Joaquin Moreno, CEO and founder at BTCenEspañol, and Mauricio Tovar, CEO of TRU, and Co-Director at InTIColombia.

An open freight network for carriers, freight brokers, and shippers to handle shipments from booking to payment in one place!

January 18, 2022
About dexFreight
An open freight network for carriers, freight brokers, and shippers to handle shipments from booking to payment in one place!
Company
Customer
Subscribe to newsletter

Subscribe to our newsletter to get the latest updates and information on our business.

We use cookies to ensure that we give you the best experience on our website. If you continue to use this site we will assume that you are happy with it.I agree